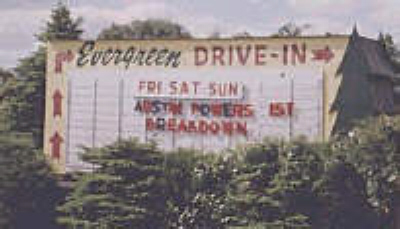 The Evergreen Drive-In originally opened on June 19, 1947 as the Ruthorn Drive-In.  It was built by Donald J. Ruth, owner of Ruth Lumber and Builders Supplies of Scottdale, Pa.

The Drive-In was renamed the Evergreen Drive-In sometime in 1949.

In 1999 the theatre was purchased by Warren Theatres.  In the fall of 2001 two new screens were added and in 2002 the drive-in opened as a first run 3 screen theatre.

The Warren family has been in the drive in business since 1949.

The other Drive-Ins owned by the Warren family included: 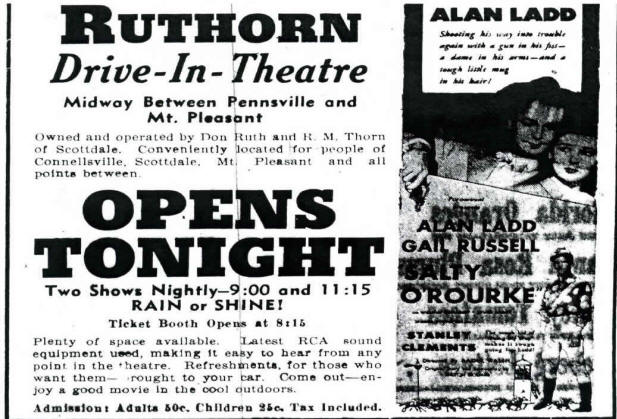 The news paper clipping from Opening Night for the Ruthorn Drive-In. Dated June 19, 1947 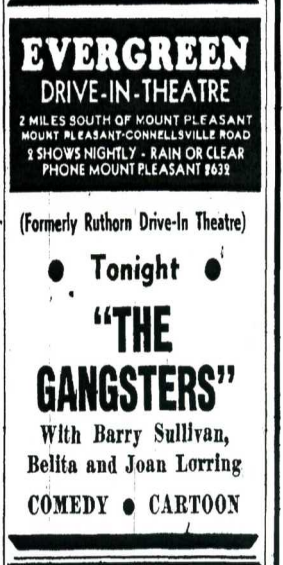